To share your memory on the wall of Colleen Pohran, sign in using one of the following options:

On Saturday September 19, 2020 at the Lookout Ridge Retirement Community,Fonthill in her 96th year, after a 6-month non-covid illness. Colleen, beloved wife of Nicholas Pohran who predeceased her in 2006... Read More
POHRAN, Colleen Dorothy (Sadler)

Colleen was born in Winnipeg in 1924 and at a young age moved to St. Catharines with her family where her parents ran the very successful Sadler's Auto Electric. At the age of 15, Colleen was offered an opportunity for a spot for residence, education and piano lessons at St Joseph's Convent in Toronto where she continued to develop and pursue her lifelong passion for music. In 1943 at the age of 19 she graduated from the Toronto Conservatory of Music, having successfully completed requirements for both a Performers and Teachers degree, where she had been a student of renowned pianist/teacher Alberto Guerrero. Her weekly lesson time was scheduled right before Glenn Gould's.

Colleen returned to her hometown and became the official pianist of the St. Catharines Civic Orchestra, where she also was a part-time manager. Once when the orchestra was booked for a radio broadcast, she and then CKTB radio announcer Nicholas Pohran (an amateur violinist) met, eventually married and moved to Montreal where Nicholas finished his medical degree. They subsequently moved to southern Ontario to Niagara Falls, raising their 6 children in their home on Portage Rd.

Colleen continued her passion with music and passed on her love of it on to all of her children in many forms. There were in-house piano recitals along with various piano/violin mini-concerts which Colleen and Nicholas gave, sometimes going on for all hours of the night. The house was usually filled with music from one source or another. Although all children were musical, it was both John and Sandra who eventually decided to pursue music professionally. Music was simply an integral part of daily life in the Portage home which neighbours and friends could always attest to. Even guest artists from professional concerts in the Niagara area were usually invited over afterwards to enjoy some hospitality.

Never one to stop supporting the arts, Colleen became a driving force with the volunteer admin of Niagara Symphony and its successful concert series. Even during her most recent time at the Fonthill Lookout Ridge Retirement community, Colleen continued to play piano for many Sunday services along with other community performance opportunities which she thoroughly enjoyed being able to be a part of.

The family is requesting that any memorial donations in lieu of flowers for Colleen be made online to "The Niagara Symphony Orchestra Musicians Fund". A link has also been set up by the NSO on their website in Colleen's memory which can also be accessed at: http://www.niagarasymphony.com/pages/index/Colleen%20Pohran%20Musicians%20Support%20Campaign

The family would also like to extend their heartfelt thanks to all Lookout Ridge management team and staff, all health care staff and volunteer workers along with Dr King and Dr. Dooler for their ongoing care and compassion.

The Reverend John Course will officiate a short outdoor graveside service and interment at Fonthill Cemetery on Thursday September 24th at 10:00 A.M. Online condolences may be shared at www.pelhamfuneralhome.ca
Read Less

To send flowers to the family or plant a tree in memory of Colleen Dorothy Pohran (Sadler), please visit our Heartfelt Sympathies Store.

Receive notifications about information and event scheduling for Colleen

We encourage you to share your most beloved memories of Colleen here, so that the family and other loved ones can always see it. You can upload cherished photographs, or share your favorite stories, and can even comment on those shared by others.

Posted Oct 01, 2020 at 12:13pm
Sincere condolences to the family of Colleen Pohran. She was a wonderful contributor to the music scene for many years. I felt honoured to be an invited guest at her last birthday party.
Edith van Dongen and families of Paul, Chris and Michael

Posted Sep 25, 2020 at 01:23pm
Colleen and Nick were wonderful people, so devoted to each other and so very proud of their family. I met them when I worked for the M.S. Society. She was a dynamic woman, kind, smart and encouraging. Nick did not suffer fools gladly but he had a big heart. They were so ready to help others but they never took part in grandiose gestures or did anything for accolades. Quietly, efficiently and effectively they did what they could to make the world a better place. They used their talents well.

Posted Sep 23, 2020 at 06:23pm
Klim and Margaret, Please accept our most heartfelt sympathies for your loss. Our thoughts are with you during this difficult time.

Flowers were purchased for the family of Colleen Pohran. Send Flowers

Posted Sep 23, 2020 at 05:00pm
Our warmest condolences. We are thinking about you during this difficult time. 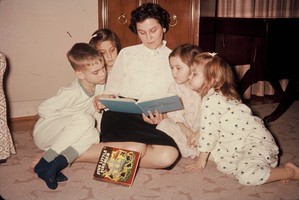 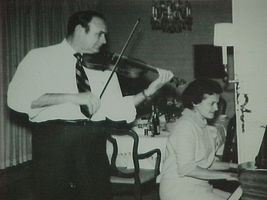 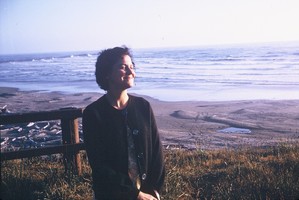