To share your memory on the wall of Freda MacDonald, sign in using one of the following options:

Born in Wallaceburg on Nov. 5, 1928, she began a teaching career at age 20 upon graduating from Normal School in London. She and Graham married in 1952. After taking time off to raise their three children, Anne, Jim, and Bill, Freda returned as a substitute teacher, and in 1969 became involved with adult literacy. She founded the London Adult Basic Education School and served as its Co-ordinator for several years, being named "Woman of the Year" in 1983 for her long-term passionate engagement. Following retirement, she and Graham attended Knox College in Toronto and were ordained as Presbyterian ministers. They spent 14 years in a very active and rewarding team ministry in Burk's Falls, Sundridge and Magnetawan.

Freda was an avid bird-watcher as well as an adventurous traveler who enjoyed activities as diverse as camping in the Arctic, training teachers in the Caribbean, and attending concerts in the music halls of Vienna. She was appreciated for her intelligence, wit, joy, and very generous heart.

Freda is survived by her husband Graham and her children Dr. Anne of Vienna, Austria, Jim (Theresie Tungilik) of Rankin Inlet, Nunavut, and Bill (Linda) of Fonthill, Ontario. She was the loving grandmother of Priscilla (Dave), Dustin (Rachael), Max (Melaine), Alannah, Caitlin and the great-grandmother of Jonathan, Kaylee, DJ, Abigail, Yzabell, Natalie, Hannah, and Gwendolyn. Freda was predeceased by her brother Ken Wade. She was the loving sister-in-law of Margaret MacDonald, Dr. Mac (Judy) MacDonald, and Mary Wade.

Cremation has taken place. A service to celebrate Freda's life will be held at Lookout Ridge Retirement Home (1505 Lookout St., Fonthill, ON) on Monday, June 17 at 1 pm. Interment in South Kinloss Cemetery, Lucknow, ON on Tuesday, June 18 at 11 am. Memorial donations to the charity of your choice.
Read Less

To send flowers to the family or plant a tree in memory of Freda Mae MacDonald (Wade), please visit our Heartfelt Sympathies Store.

Receive notifications about information and event scheduling for Freda

We encourage you to share your most beloved memories of Freda here, so that the family and other loved ones can always see it. You can upload cherished photographs, or share your favorite stories, and can even comment on those shared by others.

Posted Jun 09, 2019 at 06:45pm
Wishing you peace to bring comfort, courage to face the days ahead and loving memories to forever hold in your hearts.

Posted Jun 09, 2019 at 01:26pm
I am so sorry to hear of Freda's passing. She was a wonderful friend; I have great memories of our time in Watford. My deepest sympathy to you and the family Graham.

Posted Jun 08, 2019 at 09:53pm
My condolences to Graham and family. Freda and Graham's church services brought my parents great joy while they were serving in Magnetawan. I hope that you are able to enjoy all of the wonderful memories of a fabulous woman who really did so much good for so many.

Flowers were purchased for the family of Freda MacDonald. Send Flowers

Posted Jun 05, 2019 at 07:59am
Bill, back in Anmar days it was always a pleasure to have a chat with your mom when they would visit. She made her way around the greenhouse to everyone, even walking sideways between two freshly watered benches. Dee
Comment Share
Share via: 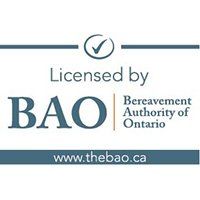