To share your memory on the wall of George Baxter, sign in using one of the following options:

George grew up by the sea in Saltcoats, Scotland. He earned his PhD in Chemistry before immigrating to Canada in 1957 to begin working as a Research Chemist for Moore Business Forms. He had a distinguished career. He was granted seven patents for inventions involving microencapsulation processes and was the author of numerous scholarly papers. He moved to Fonthill, ON with the family in 1962 and lived there until 1977, when they moved to Youngstown, NY. Following retirement, George and Betty moved to Welland, ON. where he lived until recently moving to the Lookout Ridge Retirement Community.

George was an avid golfer. It was fitting that he spent his last years living just down the road from Lookout Point where he and Betty golfed, winning many couples tournaments over the years. He was a caring father to his children and a devoted grandfather.

In keeping with his wishes, a cremation has taken place and the family will have a private ceremony later. In lieu of flowers, donations to a local charity to help families in need during these difficult times would be appreciated, including: Project Share (Niagara Falls); The Hope Centre (Welland); and Community Care of St. Catharines and Thorold.

The family would like to express their sincere thanks to the many people who helped along the way, including the staff at Rose Hill Lane and Dr. Jennifer Mueller and Julie.

Online condolences can be shared at www.pelhamfuneralhome.ca .
Read Less

To send flowers to the family or plant a tree in memory of George Baxter, please visit our Heartfelt Sympathies Store.

Receive notifications about information and event scheduling for George

We encourage you to share your most beloved memories of George here, so that the family and other loved ones can always see it. You can upload cherished photographs, or share your favorite stories, and can even comment on those shared by others.

Posted Mar 10, 2021 at 06:37am
I was very sorry to learn of passing of your beloved father and grandfather. Please accept my condolences. I will always remember his dry sense of humour.
Comment Share
Share via:
LD

Posted Jan 11, 2021 at 05:09pm
Alison, Evan and Family: I was very saddened to read of the passing of your beloved Dad and Grandfather. He was a true gentleman and I know that he will be greatly missed. I had the pleasure of cleaning his room during my employment at Lookout Ridge. He is now with your Mom and Grandma. Cherish all of the wonderful memories and you are in my thoughts and prayers during this difficult time. Lori Davison (former housekeeper at Lookout and mother of Danielle Davison who attended Kids World with Evan). Sending hugs.
Comment Share
Share via:
SD

Posted Jan 11, 2021 at 08:48am
George and Betty became friends when building their home in St Andrews (now the the Highlands) and remained so throughout their time here. Always enjoyed our chats. They were great people and will be greatly missed. 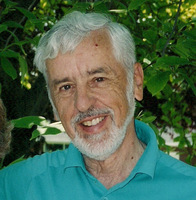