To share your memory on the wall of Judith Bridgeman, sign in using one of the following options:

It is with great sadness that we announce the passing of Judith Bridgeman who left us peacefully at Lookout Ridge Retirement Home on February 10, 2021 (age 93).

It is with great sadness that we announce the passing of Judith Bridgeman who left us peacefully at Lookout Ridge Retirement Home on February 10, 2021 (age 93).

Judith was born on June 1, 1927 in Binbrook Ontario, the youngest child of Amy Maud Tebbit and Alfred Sidney Cunningham Tebbit. She is also predeceased by her two older brothers, Edgar and Roland; husband Allan of over 60 years; and, daughter Mary Ellen.

There are not enough words to describe what a loving kind, caring compassionate woman Judith was, a picture of grace and goodness. Quick to forgive and unfailingly supportive, those who encountered her felt enriched by her kindness and warmed by her smile. [The only blemish, according to family lore, was the one time she nearly drove through a yellow light. And, in a moment of pique, she did once utter the word "fiddle".] She was a devoted wife to Allan, and an exceedingly caring mother to her six children: the best mother a child could ever have.

With six busy children, running the household was a full-time job. When the starter home in Fenwick became too cramped, the family moved to Fonthill in 1963 where they lived on Pinecrest for over 40 years.

Judith was a masterful craftsperson, teacher, role model, hostess, scrabble fanatic and more. She was the neighbourhood go-to sewing expert, and excelled at any hobby she put her mind to, especially needlework. She loved her home, and throughout her marriage, enjoyed creating hand-crafted furnishings and accessories with Allan.

Judith was ever thoughtful and generous and always found time to give back to her community. She was a long-serving member of the Fonthill Baptist Church where for a time she served as a deacon and a Sunday School teacher. She taught English as a second language at Niagara College and canvassed regularly for the Canadian Cancer Society. She served on the executive of Town Square Manor and on the Welland Hospital Auxiliary. As a member of Pelham Cares, she drove countless seniors to appointments across Niagara Region.

After Allan retired from a career in education, they travelled regularly, keen to explore the world. A favoured destination was Australia, where Judith's mother was born in 1889, and where son Eric resides. The bicentennial of Australia opened the door to exploring her heritage as a First Fleet/convict descendant!

Judith was a loving grandmother to Justin, Katie, Kurtis, Jenny and Luis, and a second mother to her niece Marilynn Tebbit. She will be dearly missed by all who knew her. A kind and gentle soul who always made everyone feel special. Judith was never without a smile … right to the end. The family extends its sincere thanks to the kind staff at Lookout Ridge who provided exceptional care and support to our dear mother over her four years of residence there and throughout her final days.

There will not be a funeral service, but the family is aiming to hold a Celebration of Life for Judith later in the spring, circumstances permitting. In the meantime, we welcome those who wish to do so to post memories, pictures or comments at the online condolences page of the Pelham Funeral Home. www.pelhamfuneralhome.ca
If desired, memorial donations may be made to the Alzheimer Society of Ontario.
Read Less

Receive notifications about information and event scheduling for Judith

You will receive any future notification messages.
No funeral details available.

Donations are being accepted for: ALZHEIMER SOCIETY OF CANADA - SOCIETE ALZHEIMER DU CANADA.

We encourage you to share your most beloved memories of Judith here, so that the family and other loved ones can always see it. You can upload cherished photographs, or share your favorite stories, and can even comment on those shared by others.

Posted Feb 21, 2021 at 01:31am
I was Judy's pastor from 1973-76 at the Fonthill Baptist Church. It was a short time but I have very fond memories of Judy and Al. Judy shared some strong "faith moments" with me in those days as I was a young pastor exploring my Christian beliefs as the Bible says "with fear and trembling". She had a strong faith and I learned much from her in our moments of sharing and prayer. Judy had a long life touching the lives of others in many special ways. She will be missed,
Reed Elley,Chemainus,BC.
Comment Share
Share via:
LB

Posted Feb 17, 2021 at 08:36am
The first memory I have of Mrs. B is showing up at their house in Fenwick to play with Barb...they were awaiting the birth of Wendy. Mr. and Mrs. B always had a seat for me at their table....a life very well lived Mrs. Bridgeman....sorry to see you go. Condolences to all the children, Barb, Rick, Wendy, Brian and Nancy and extended family.
Comment Share
Share via:
T(

Posted Feb 16, 2021 at 09:34am
So sorry to hear about Judy's passing. Our thoughts and prayers are with you all as you grieve your loss.
Comment Share
Share via:
CK

Posted Feb 15, 2021 at 01:55pm
My deepest sympathies. “Mom” was a good friend to me, thoughtful and caring. May each of you find comfort in your many happy memories of the wonderful Lady she was.
Catherine King
Comment Share
Share via:
SJ 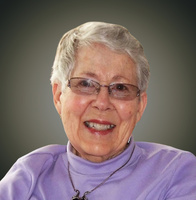 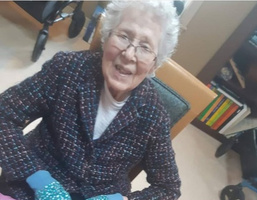 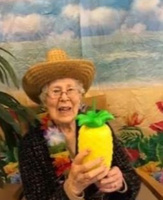