To share your memory on the wall of Phyllis Dean, sign in using one of the following options:

With heavy hearts we announce the passing of Phyllis May Dean on March 8th, 2021, at Royal Rose Place in Welland at the age of 92. Predeceased by her parents Earl and Dorothy Minaker, infant brother Kenneth, and husban... Read More
Dean, Phyllis May

With heavy hearts we announce the passing of Phyllis May Dean on March 8th, 2021, at Royal Rose Place in Welland at the age of 92. Predeceased by her parents Earl and Dorothy Minaker, infant brother Kenneth, and husband Don Dean. Survived by her sister Marjorie Horton (the late Murray) of London, Ontario. Phyllis is also dearly missed by her daughter Diane Cooper, son David Dean (Marlyn), granddaughter Donna Tredway (Jay) and great-grandsons Jack and Jonah. Hers was a long and full life. She was devoted to her family, instrumental in Donâ€™s business success, an enthusiastic bowler, gardener, birder, skilled in needlecraft and well-known for her Christmas cookies. Phyllis was born and raised in Welland; she spent many happy years as a resident of Fonthill. She enjoyed summers on Rice Lake and winters at her home in Naples, Florida, where she was known as â€śPhyllis Dean, the Shuffleboard Queen.â€ť In later years, she suffered from dementia, though it was a brief struggle with cancer that claimed her life. Special thanks to the personal care staff at Royal Rose for appreciating her sense of humour and for keeping it intact. In memory of Phyllis, friends may consider a donation to her favorite charity, the Terry Fox Foundation.
Read Less

To plant a memorial tree in honor of Phyllis May Dean (Minaker), please visit our Heartfelt Sympathies Store.

Receive notifications about information and event scheduling for Phyllis

There are no events scheduled. You can still show your support by sending flowers directly to the family, or planting a memorial tree in memory of Phyllis May Dean (Minaker).
Plant a Tree

Donations are being accepted for: THE TERRY FOX FOUNDATION.

We encourage you to share your most beloved memories of Phyllis here, so that the family and other loved ones can always see it. You can upload cherished photographs, or share your favorite stories, and can even comment on those shared by others.

Posted Mar 14, 2021 at 06:34pm
Some of my best childhood memories are built around Mrs. Dean. A fantastic cook and she was always willing help out with a ride to where ever we needed to go. Hockey, baseball, golf course, and school if we missed the bus. Our neighborhood in Welland was lucky to have had her a part of it and I was lucky to have known her. Diane and Dave, My condolences to both of you and your families. Terry Robins
Comment Share
Share via:

Thank you Terry. She would be so pleased to know that you remember her with such kindness.

Posted Mar 14, 2021 at 02:07pm
So sorry to hear about your Mom she was a wonderful neibour for many years, she will be missed love Huguette Gibson

Thank you Huguette. Mum always enjoyed having you as a friend and neighbour. 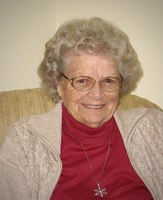